What is Thalassophobia? Will it prevent me from Scuba Diving?

I would be lying if researching for this article did not make my skin crawl. Simply the images that popped up when I searched “What is Thalassophobia?” made me feel rather uneasy.

I remember as a child going to the book shelf and looking at books about the ocean. My dad was a scuba diver and kept many books on the ocean and the marine life that lives within it. I specifically remember this one book which had images of the larger inhabitants of our ocean with deep, dark blue gradient backgrounds. Sometimes they would fade to black. These images made me very uneasy. 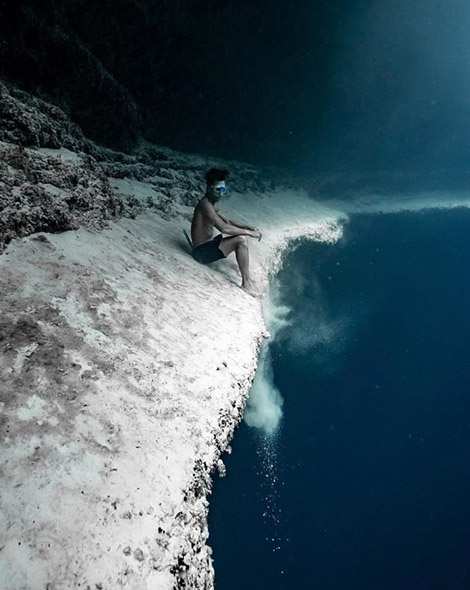 Now that I am a dive instructor I wondered if I still have Thalassophobia. So I went down the Google rabbit hole and did some research which surprised me.

“Thalassa” is the Greek word for “sea“, so Thalassophobia refers to people that have a fear of the sea. However I love the ocean and it is literally my office. So how can this be?

Thalassophobia manifests itself in very particular ways in each individual. For some it’s better described as a fear of being alone in large, deep, dark bodies of water. For some it is more the fear of possibly drowning. Simply the vast emptiness of our ocean can strike fear into others. Maybe for you it is being at sea far away from land.

Thalassophobia extends to a fear of marine inhabitants, especially unknown, rare or even mythical creatures that lurk in deep water. For some even an artist’s impression of a fictional creature can paralyse them with Thalassophobia. More often than not the fear of being attacked by something while in the water is the most intense feeling of Thalassophobia.

Finally, it can also be a fear of crashing at sea and large waves in the middle of the ocean. Films such as Life of Pi or The Perfect Storm can be tough to sit through for us Thalassophobes! Even the cover of the latter film is enough to make me question whether I should watch it. 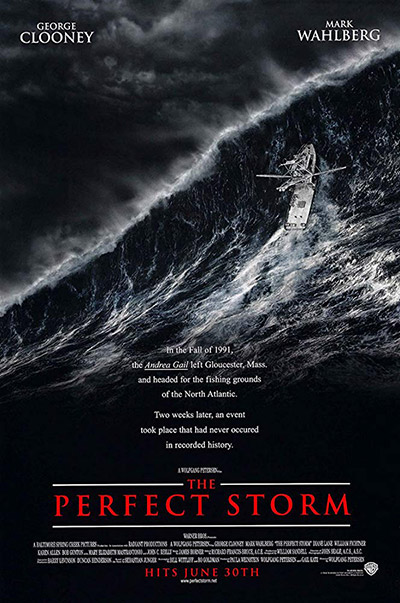 How do I know if I have Thalassophobia?

While there is no formal way to diagnose someone for Thalassophobia in the medical world, there are ways you can test whether you have this fear of deep dark waters and what is possibly hiding beneath the surface. Thalassophobia has several subcategories, such as for example Megalohydrothalassophobia which is the fear of large things in the water.

I started my research with this online quiz and while I knew I have a mild form of Thalassophobia this certainly confirmed it!

You can also watch this video on Thalassophobia that works just as well.

Can I overcome Thalassophobia?

This is an interesting question. How can I work in the ocean with Thalassophobia? From a personal standpoint I would say that with any fear there are varying degrees of severity. For me the severity has greatly reduced ever since I learned how to dive. It is difficult to describe to people that don’t dive, but being a part of the ocean, being underwater and on the same level as some of these amazing marine animals takes the fear away.

Furthermore dive training starts in very shallow and clear water or even a swimming pool. Trust in the equipment is established before heading out for open water dives. We often refer to the Gulf of Thailand as a pond as it is a very shallow part of the ocean and most of our dive sites allow us to see the bottom while descending. There are lots of bright colorful reef fish which simple are not scary.

What about the whaleshark then? Does this picture induce your Thalassophobia? 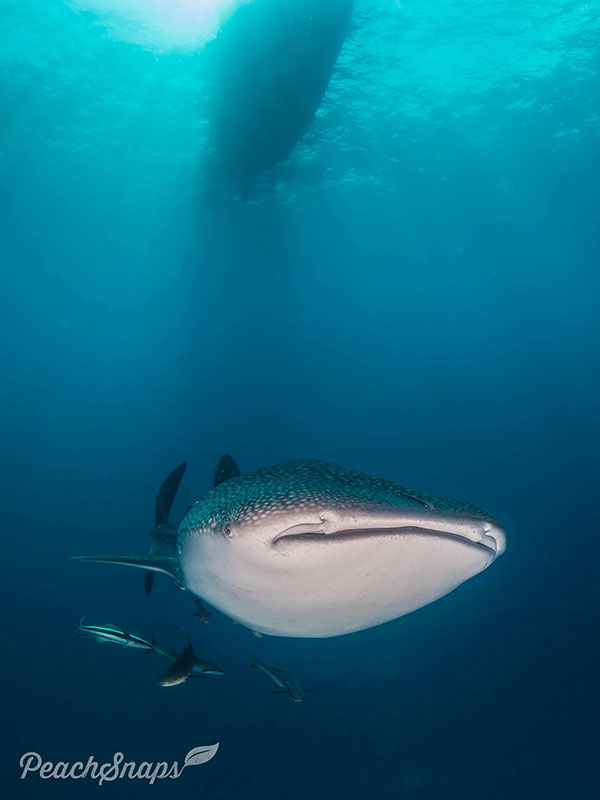 The first time I encountered a whaleshark I immediately knew that it would not harm me. It was a very humbling experience. So the question is how severe is your Thalassophobia? The general recommendation is to start to gradually expose yourself to what triggers your fear. A user on reddit suggested to make your desktop background an image that triggers your Thalassophobia. Maybe start swimming or snorkelling in clear water and work your way up to scuba diving.

Fear can hold you back from doing things you always wanted to do. Facing and overcoming fears is a great way to experience more in life. Fear is very specific to each individual and won’t be exactly the same for everyone. Start by asking “What is Thalassophobia to me?” Figuring out which subcategory can greatly improve the success of your exposure training. Be kind to yourself. Facing a fear is not easy. Take it slow and you can get there. I have personally taught many divers that were mild Aquaphobes or even Thalassaphobes and are now avid scuba divers that love the ocean.

Tell us about your experience in the comments. Ever experienced an episode of Thalassophobia?

Lionel quit his job in 2013 and bought a one way ticket to Asia. The plan was to travel for 3 months, then find work and live in London as an expat. On my travels I fell in love with diving and I am currently a Scuba Diving Instructor on a tiny island in Thailand. I also write on my diving blog over at down to scuba.