How to Tie a Bowline, Sheet Bend & Two Half Hitches – Diving Knots

There are several knots that we use in scuba diving. Diving knots are most commonly used to bring heavy objects up from depth using a lift bag. These are skills you can learn during the Divemaster and Instructor programs. There is also the Search & Recovery specialty that makes you a pro at tying diving knots underwater. So, let’s have a look at how to tie a bowline, sheet bend and two half hitches.

Knots and ropes became more popular during the 16th Century when sailing became more prevalent. Some of these knots are ancient and have been used for hundreds of years. You can dive into this article on knots in ancient Egypt to get more entangled in the history of knots and ropes.

We use the bowline, which is a loop knot, as well as the sheet bend and two half hitches. Let’s get stuck into it! 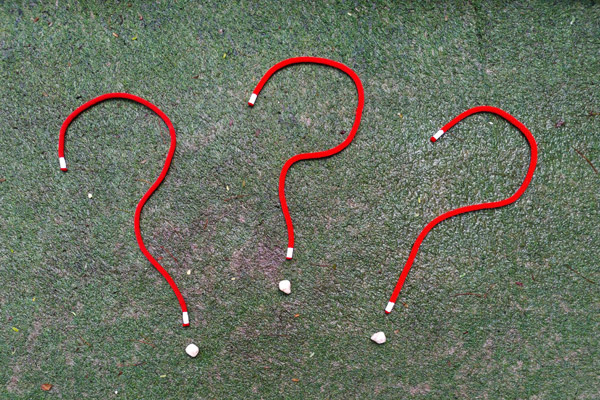 How to Tie a Bowline

The bowline is a very useful loop knot. It is quick and easy to tie and can be easily untied and loosened after it has been subjected to heavy load. Even when the rope was wet as well as under load. This makes this the go to knot for many boaters and divers alike. A bowline can be used to rig an object to a lift bag for example.

There is an easy way to remember how to tie this knot with a little story. The story goes:

“The rabbit runs out of its hole, around the tree and back down the hole.” 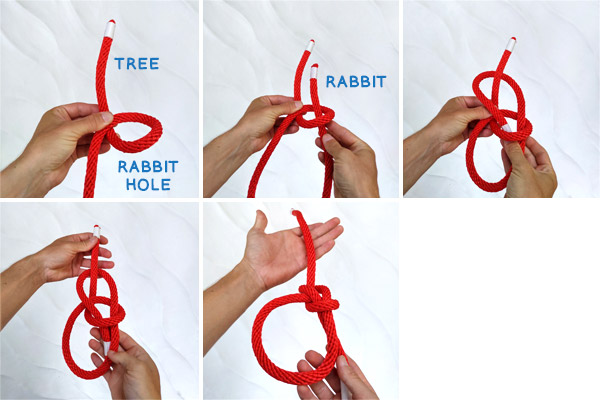 There are a few tricks to make this knot easier.

Now it’s your turn! Try with your eyes closed as well.

How to Tie a Sheet Bend

It can be very handy to connect two ropes. The sheet bend is an easy bend knot that works with different sized ropes well and does not untie when it is slack. However even after being under heavy load, a sheet bend can be loosened easily.

IMPORTANT: We need to make sure that we cross the rope and tie a proper sheet bend. If we keep the ropes straight, we end up with a reef knot, which is not recommended for tying two ropes together. This is because the reef knot is potentially unstable and can open when it is slack or only one connecting end is pulled under the right amount of load.

The easiest way to tie a proper sheet bend is to lay the rope on the ground when possible. 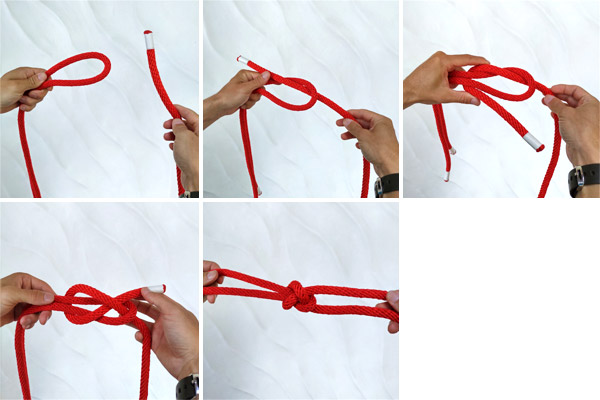 Tricks to tying a sheet bend

How to Tie Two Half Hitches

The two half hitches are often used to tie a rope to an object. This hitch knot shares similar characteristics to the bowline and sheet bend in that it does not release on its own, however is easily untied even after heavy load. 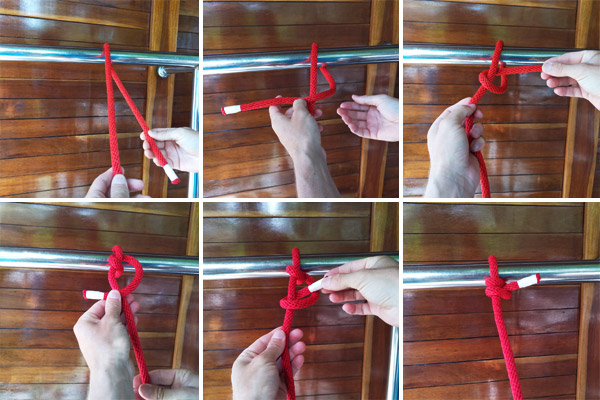 This is a very easy knot to tie. These steps should help you get hitched:

Watch this handy video to see the bowline, sheet bend and two half hitches tied by divers underwater.

And there you have it. Knot too difficult is it? These are very handy diving knots to learn for any situation. Now that you know how to tie a bowline you can expand your knowledge of ropes and knots.

Lionel quit his job in 2013 and bought a one way ticket to Asia. The plan was to travel for 3 months, then find work and live in London as an expat. On my travels I fell in love with diving and I am currently a Master Scuba Diving Instructor at Sairee Cottage Diving.